~ Capturing the context of contentment in everyday life ~

One night I was cooking dinner and I looked out the window to see nine furry guests making themselves very much at home in our yard. I love seeing the deer because I certainly think they are pretty. It doesn’t bode well for our garden though… 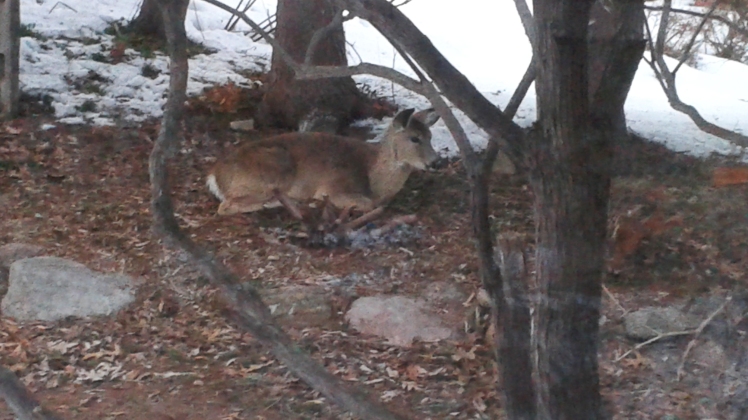 Our friends’ two daughters were in the middle school production of “Beauty and the Beast” last weekend. The older of the two girls played Belle, so that was really fun seeing her sing and act in the lead role. Her younger sister was a townsperson in the first part of the play and a napkin during the “Be Our Guest” number. She made an excellent napkin.

I work at a nonprofit and each year we have a fundraising gala event where we honor women in the community for the personal and professional achievements. As part of the event, I put together a video where I interview each of the women and then edit it together as a tribute to them. It’s the biggest video project I do all year and takes a lot of my time. Part of the process involves transcribing the video interviews so that I can create a cohesive script to use during the editing process. Luckily, Adobe Premiere has a transcription tool built in to make this part of the process much easier. But the transcriber never gets the words down perfectly, so I go back through to correct it and find gems like the one below: 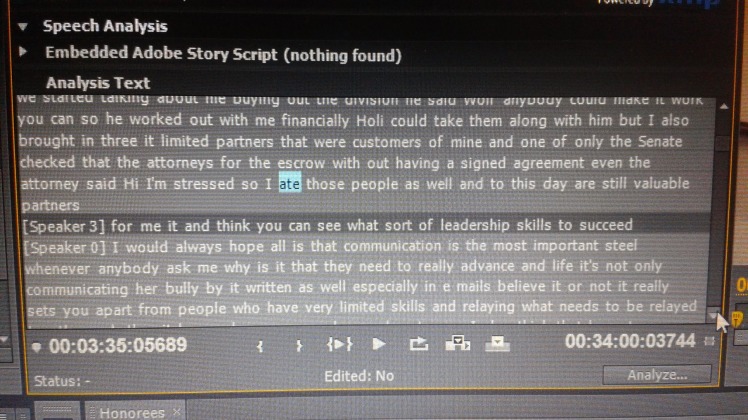 Some others I’ve come across this year include, “a senior leader placenta”, “to Bacon’s point”, and “no candy was born out of aviation.” I also love when the transcriber puts in “lol,” first of all because that’s not really a word, and second of all because even when people use “lol” it’s in writing, not when they are talking out loud.

We hosted two dinners this past weekend. Before going to see “Beauty and the Beast,” we had our friends, Kelly and Frank, over for our monthly French dinner and movie night (we saw the play instead of a French movie, but figured since “Beauty and the Beast” takes place in France, it was close enough). We made kebabs, in honor of the cheap, but delicious kebab restaurants we’ve been to so many times in France. The next night we made corned beef and cabbage, shepherd’s pie, potato rolls, and soda bread for my family for St. Patrick’s Day. It was very yummy. We love having people over for dinner. This is a shot of our kebab ingredients all ready to go. 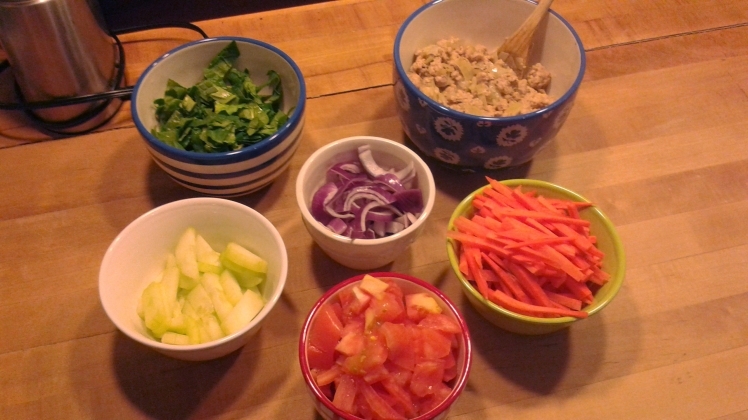 That’s my week. Stop by Like Mother, Like Daughter to catch up with others and link up!