~ Capturing the context of contentment in everyday life ~

Chad and I got to spend the weekend with his mom, sister, brother-in-law, niece and brand new nephew. We had a great weekend, doing some things around the house and spending time with the kids, and we celebrated Sue’s birthday with a very lovely flank steak dinner. 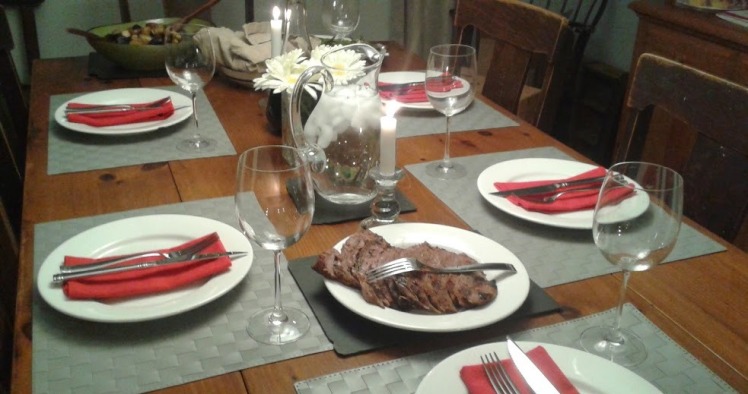 While with family, Chad made us some cool drinks– his new version of a sidecar. Quite yummy.

So, first off, I cheated– I didn’t actually take this picture. I took it from the restaurant website because I forgot to take my own photo. Second, I know it doesn’t look funny, but Chad and I went out to dinner with my younger sister and her new boyfriend, and we had a lot of laughs. This was our first time meeting her boyfriend, so I was impressed that they played along with my “frowny face” game, in which everyone tries to do their best frown. It’s not easy. I can only name two people in my life who can actually pull off a genuine frown, where the sides of their mouths actually drop to make that arch shape. (One of them is my dad, but apparently neither my sister or I inherited that gift from him.) The point of the game is really the hilariousness of everyone trying to frown and coming up with something that looks very much strange and not-frowny.

I’ve been battling a sore throat for almost a week now, but Tuesday night was something else entirely. I woke up in the wee hours of the morning with some sort of stomach bug. Luckily, I was working from home on Wednesday anyway, so I didn’t have to worry about work, but it was not fun. Chad did an excellent job taking care of me though. It’s nice to have someone there to get you water and medicine and make you food that you think will not upset your stomach any further. He’s a good one.

So that was my week. Make sure you check in with Like Mother, Like Daughter to link up.